Shortest reading of the gospels in a book of hours is Mark. I’m already a third of the way through the sketch book I bought so I was glad for a shorter reading to allow more space for everything else I still need to add. I’m sure this will be a loosing battle though and will most likely have to go and get another sketchbook if I want to complete and entire book of hours.

Mark’s symbol was the lion which points to concepts like kingship and the “lion of Judah” in scripture. This completes the four evangelical symbols in the book. On the final page I added a Mappa Mundi (world map) popular in older days. This is known as a T and O map due to the circle and tee formed in the diagram. The Mappa Mundi was more of a symbolic map representing the three main continents of Africa, Europe and Asia. The top of the map faces east toward the orient which may seem a bit odd since today we  get our “orientation” toward the north. The word orient comes from the Latin “oriens” which means rising, as in the Sun. 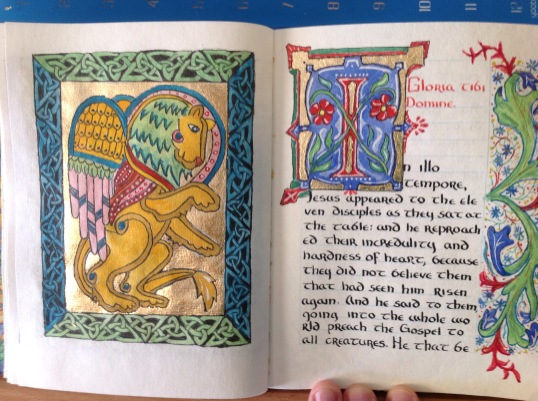 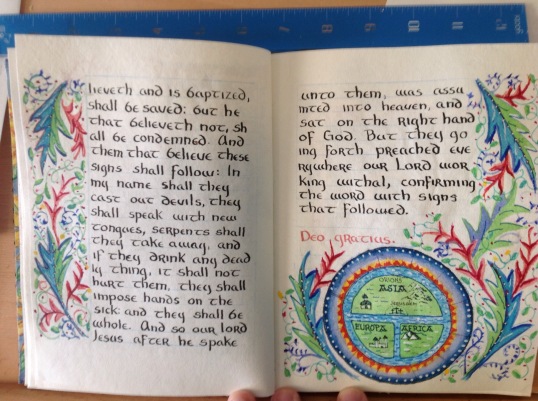 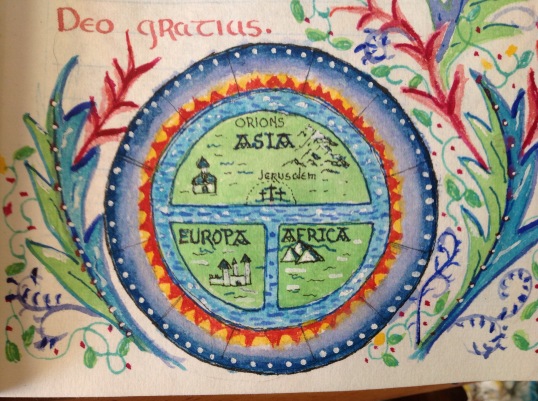